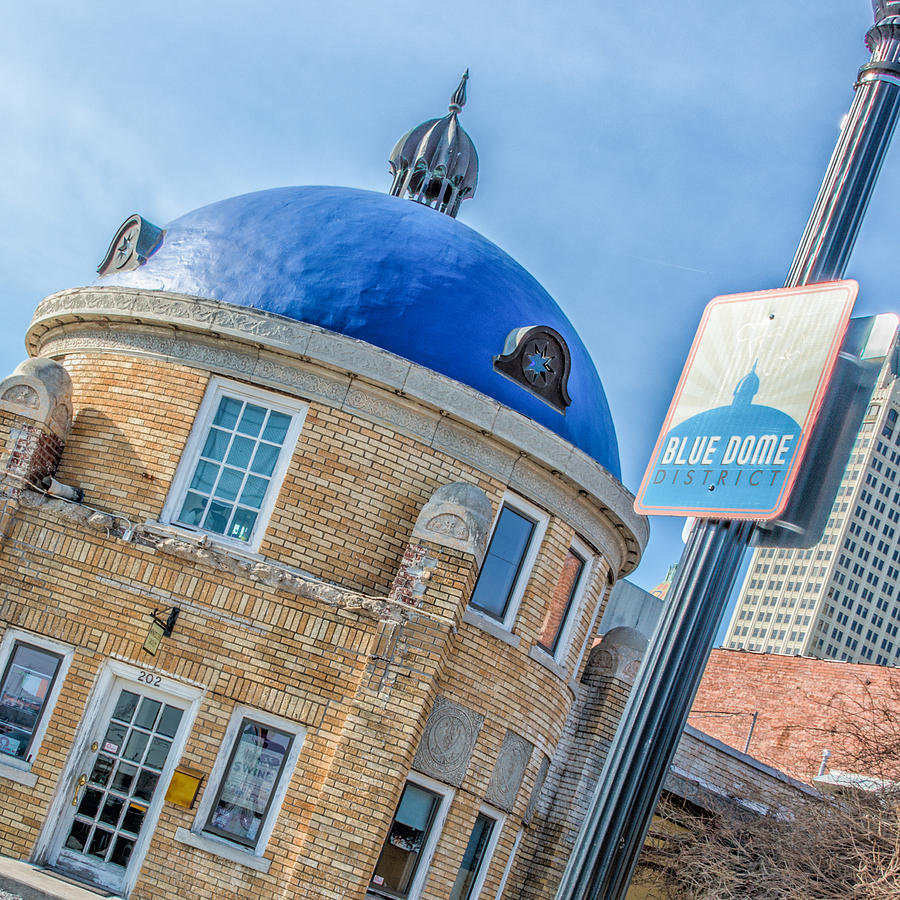 After the arrival of the Midland Valley and Santa Fe railroads to Tulsa in 1903 and 1905, came the third significant transportation system operating in the Blue Dome Historic District which was Route 66. Several auto-related resources associated with the original Route 66 remain, most notably the Blue Dome gasoline station for which the historic district is named. The Blue Dome was built in 1924 and served as the White Star Gulf Oil Station. This was the first station in Oklahoma to have hot water, pressurized air and a car wash. It was also open 24 hours, seven days a week. The station attendant lived upstairs in the dome itself. It is now the icon for a downtown Tulsa neighborhood.

Wonderful! Great piece. And Congrats on your sale!

Congratulations on your lovely sale!