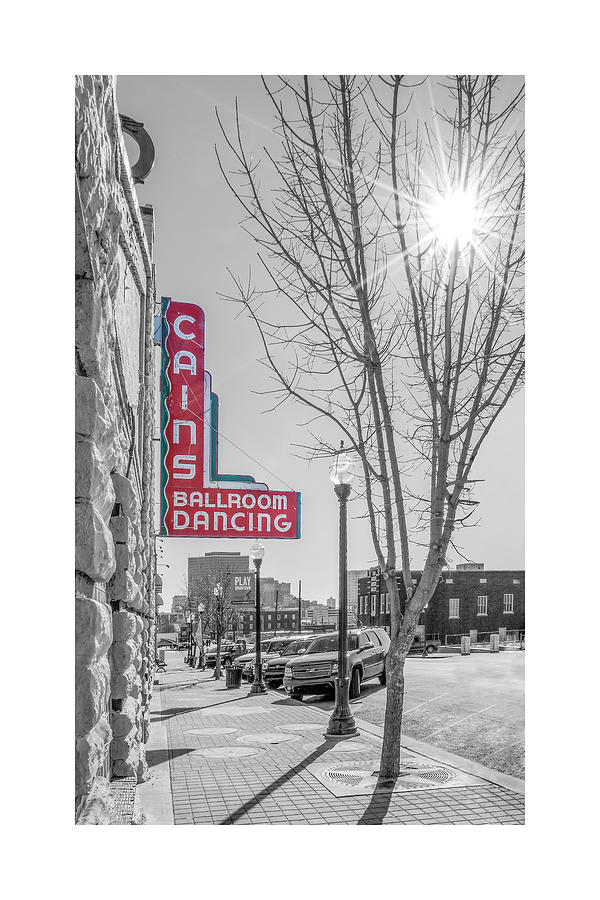 If you need another crop size, please let me know I have other crop versions).
This is great as a 24x36 - you don't need a mat because it has a 3" white border around it. Beautiful printed on a metallic paper -- black frame or a grey barnwood frame.
The Cain's Ballroom is a Tulsa favorite! It is a historic music venue built in 1924 by Tulsa entrepreneur Tate Brady, The Cain’s Ballroom has gone from a garage, a dime-a-dance joint and a dancing academy until it became what is known by artists and patrons alike as one of the top performance venues in the world today.
As The Home of Bob Wills and The Texas Playboys from 1935 to 1942, the ballroom was especially significant for popularizing a new sound of western music called western swing, a form of country and western that combined jazz, hillbilly, boogie, blues, big band swing, rhumba, mariachi and jitterbug music. Weekly dances, a midnight radio show and a daily noon-hour program were played by Bob Wills during what are remembered as his “glory years.”
The Cain's continues to be a popular club venue hosting bands from all over the country! We love the Cain's!