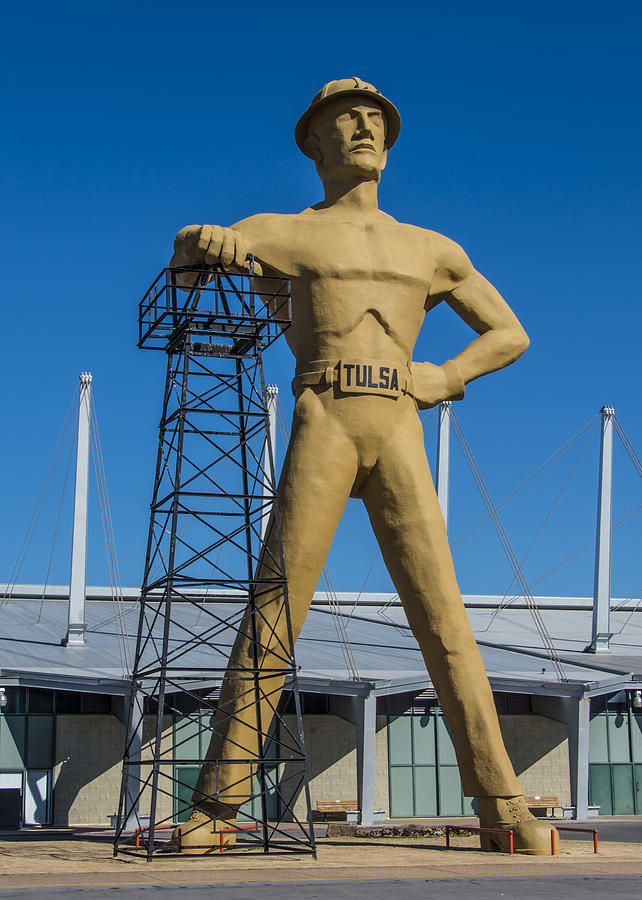 Original - Not For Sale

This piece is not for sale.   Please feel free to contact the artist directly regarding this or other pieces.

Tulsa's iconic Golden Driller turns 50 in 2016! Birthday Bash is in Tulsa, Oklahoma Saturday, April 9th, 2016. The Golden Driller is a Tulsa renowned landmark located at the Tulsa County fairgrounds on 21st Street between Harvard and Yale Avenues. John Stephens was the model for the 1966 Golden Driller when he was project supervisor of its construction.

Congratulations on your sale!

Thank you! Always fun to get a sale!

Congratulations on your sale!